I’m not quite done with my Blue-Blocker series yet; I’ve still got at least one more entry to go.

On With The Show

This month I’m taking a look at Zeiss’ DuraVision BlueProtect. In the interest of full disclosure, I didn’t come into this series with an intimate familiarity of Zeiss products; my optometrist when I was in college used them in his office, but I didn’t learn that until years later, and, at the time, I wasn’t a very discerning consumer of lens products. In my optical career, I’ve primarily worked with Essilor and Hoya lenses, in addition to some of the smaller-name companies whom I’ve mentioned from time to time. So, not only was this a test-run of a specific AR for me, it was also me and Zeiss together again for the first time; which is to say, this is probably the only entry in my Blue-Blocking series that features me reviewing a product from a company with which I really have no meaningful prior experience. I neither knew about DuraVision nor had any hands on experience with it before I was offered the opportunity to take a look at it by my wonderful editor, Mindi Lewis, and Zeiss’ own Robert Spirito, who provided me with a pair of lenses with which to conduct research for this article. 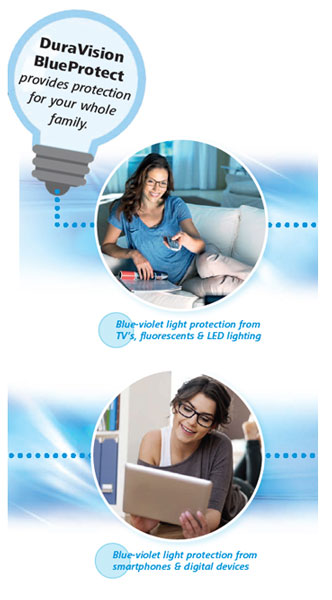 The DuraVision lens is designed for individuals with a high rate of indoor exposure to LEDs, tablets, computers, and televisions. Rather than completely filter blue light, the coating reduces the transmission in the 380–455 nm spectrum, while keeping the transmission level high above 460 nm. Like other modern ARs of comparable function and quality, it’s easily cleaned due to oleophobic/anti-static properties, and also has very high scratch resistance, giving it a little bit of added durability as a selling factor in your office. 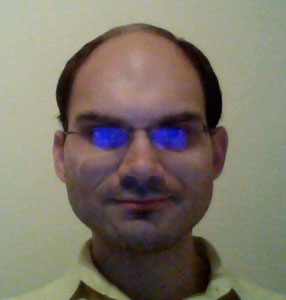 Looking through the lens, I’m impressed with the clarity (the AR is available in Trivex, which, of course, is always a plus; as you’ll note from the photo, I test-drove these in a three-piece rimless; the lenses, manufactured by Zeiss, are well made. There’s no color shift, as is necessary with Blu-Tech, or the sensation of “lightening” that I spoke about with the Nassau Lens. As an added cosmetic benefit, there’s also very little residual “yellowizing” when viewed against white surfaces or in photos. Speaking of my photo, you’ll note that, compared to some of the other ARs I’ve been looking at, the reflection off of my webcam, though still present, isn’t as “dense” as some of the others—you can still see my eyes pretty clearly through the purple. So, while it’s still present, it isn’t as “bright” and less of a distraction as other blue-blocking ARs, which is a definite plus for anyone with a high reliance on digital teleconferencing (or someone with an addiction to Facetime; whichever).

As with Hoya’s Recharge, I can’t find much negative to say here, which is quite a positive sign, given my initial lack of knowledge or relationship to Zeiss product. I was thoroughly impressed with the quality of DuraVision, and it’s definitely made me optimistic about any future interactions with Zeiss product that might come my way. 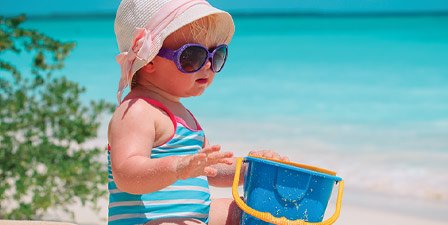