Fresnel’s lens was built by Roches-Douvres and exhibited at the World Exposition in Paris in 1867. Subsequently, the clockwork mechanism, glass prisms and housing for the lighthouse were shipped on a steamer around the tip of South America to San Francisco. The parts were loaded onto ox-drawn carts and hauled three miles over the headlands to near the tip of Point Reyes, 600 feet above sea level, where it first shone in 1870.  Marin County opticians take note:  It is one of only 39 first order lenses in the U.S. Recently, I had the opportunity to visit the Point Reyes light and stare up into that very lens. Breathtaking is the only word for it, especially when there are 313 steps each way down and up the cliff to the lighthouse!

As an optician, I found Fresnel’s design all the more amazing. We know Fresnel lenses as press-on prisms, with up to 40 diopters of power in a lens only 1 mm thick. They are used as an aid to vision for strabismus, diplopia, phorias, nystagmus, rehabilitation of head trauma and stroke patients, bed ridden patients, and low vision magnifiers. Many of us may not realize that we use Fresnel lenses every day in retinal cameras, traffic lights, wide view angle lenses and lights in automobiles, virtual reality headsets, movies, entertainment, and cameras, things Fresnel himself could never have dreamed of. Aircraft carriers and naval air stations typically use Fresnel lenses in their optical landing systems.

Fresnel designed his lens to save ships, and it’s impossible to say how many averted disaster worldwide because of his genius. But we can suppose that his lens design has improved vision for hundreds of thousands of people, and perhaps more, saving lives in many other ways.

Learn more about prism with our CE, “Eyes Right!” An Overview of Prism Use in Eyewear, at 2020mag.com/ce. 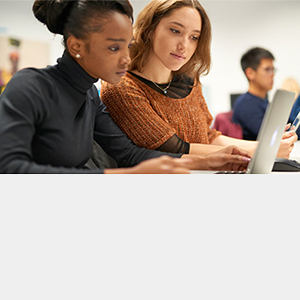 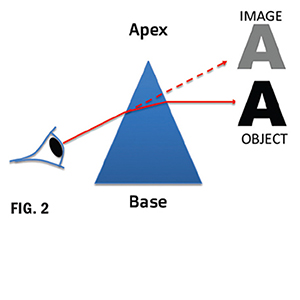