“Frontline workers” is a phrase we’ve heard a lot over the last year and with good cause. While we rightly give praise to the firefighters, military personnel and others who risk their lives daily to make our world a better place and keep us safe, we all too often ignore those individuals whose roles may not be as glamorous, but whose vocations are no less dangerous or necessary in making the world a better place: Nurses who expose themselves daily to death and disease; postal employees and other delivery agents who ensure that we receive necessary food and supplies on time; and opticians. Indeed, opticians play a vital—if not underappreciated—role in society, bridging the gap between eye exam and corrective eyewear and contacts, ensuring that a doctor’s prescription is accurately transferred into a pair of lenses in an appropriate pair of well-fitting, good-looking frames for complete patient satisfaction.

It’s a vocation with a fascinating history and legacy all its own, one that made a fantastic evolution from artisanship to science, with a big assist from ZEISS—a company that’s always recognized the value of and need for opticians, and worked to ensure they have the tools and technology necessary to do their jobs. In its earliest iteration, the role of optician was closer to jeweler than technician, utilizing the same skill set they used to polish gemstones to grind ophthalmic lenses. Indeed, the earliest opticians often worked in jewelry shops and were often jewelers themselves. With the advent of more advanced optical science in the 20th century, that began to change, especially with the 1912 introduction of the Punktal Lens, perhaps THE game changer of the optician trade. The Punktal was the product of ZEISS, itself a collaboration between Carl Zeiss, who started the company manufacturing scientific microscopes, and Ernst Abbe, a physicist who created the Abbe Value of optical clarity and also formed the Carl Zeiss Foundation. ZEISS was born out of a desire to bring science and engineering to the optical field, and in 1908 they tasked one of their scientists, Moritz von Rohr, with investigating possible improvements to eyeglass lenses as a means of bringing opticianry out of the artisanal 19th century and into the scientific 20th. The culmination of this was the Punktal lens, a groundbreaking innovation by Rohr and Allvar Gullstrand that wasn’t only the first scientifically computed optical lens, but the first to provide wearers with point-focal images in every viewing direction. It was a seminal moment not just in the history of optics but for opticians, who could now realize their true calling to use sound scientific methodology and technology to provide patients with the best visual correction possible. It was the birth of modern opticianry.

Ever since, opticians have played a vital scientifically-minded role in the eyecare field, analogous to nurses in a PCP setting or pharmacists in a drug store (pharmacists and opticians share “dispensary” as the name of their place of business). When an OD passes off a patient to an optician, they aren’t delivering them into the hands of a salesperson—it’s a transition of trust and authority from one professional to another, to ensure that the patient will continue to be cared for by someone with the highest level of knowledge in their field. Indeed, a professional optician’s invaluable expertise in lens selection, fitting, measuring and adjusting the perfect frame is imperative to lens performance and aesthetics. As we move into the 21st century, we enter a new and even more exciting age of opticianry, as organizations and companies continue to help hone the craft and provide new, improved technology to aid opticians in their duties. Among those are the Carl Zeiss Foundation, all of whose profits are reinvested into advanced optical research at leading global universities and science education, in order to not only keep developing modern optical technology, but to educate the next generation of scientists and opticians who will continue to carry the torch into the latter half of this century and beyond.

Being an optician may be a profession, but it’s so much more than that—it’s a calling, a vocation and a way of life. While anyone can frame style and sell glasses, it takes a special person with a special calling to be a true optician. Anyone who bears the title should be proud not just of their job and the work they do, but their role in providing a key service and making the world a better place.

Learn about more than 100 years of ophthalmic lens research and development with our CE, “Ophthalmic Lenses – Then and Now” at 2020mag.com/ce. This course is free, supported by an educational grant from ZEISS. 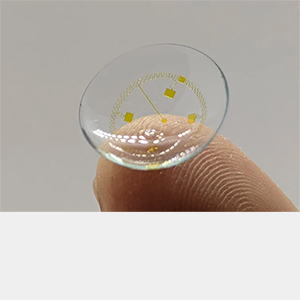 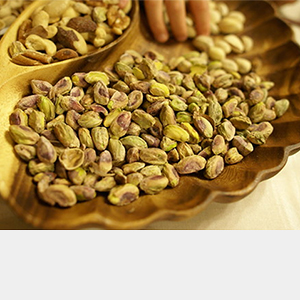