Scientists at Joslin Diabetes Center have shown that routine eye imaging can identify changes in the retina that may be associated with cognitive disorders in older people with type 1 diabetes. The Joslin Medalist Study, recently published in The Journal of Clinical Endocrinology & Metabolism, found strong associations between performance on memory tasks and structural changes in deep blood vessel networks in the retina in people living with type 1 diabetes for 50 years or longer.

Ward Fickweiler, MD, first author of the paper, noted, “Since we knew that there were cellular changes in the retina that might reflect changes in the brain, we were interested to see whether imaging techniques that visualize those changes in the retina might be reflective of changes in cognitive functions.” The study examined optical coherence tomography (OCT) scans and OCT angiography (OCTA) scans from 129 volunteers. Participants took a series of cognitive tests that included memory function and psychomotor speed (assessing the time it took to arrange objects by hand). The findings indicated that proliferative diabetic retinopathy (PDR) was associated with worse memory performance and psychomotor speed. In PDR, the retina starts growing new blood vessels, called neovascularization. These new vessels are fragile, and often bleed into the vitreous. They also can form scar tissue, resulting in vision loss.

According to the Alzheimer’s Association, people with type 1 diabetes may be as much as 93% more likely to develop dementia, and those with type 2 diabetes show accelerated cognitive decline. What’s more, the American Diabetes Association estimates that 25% of people in the US age 65 or older have diabetes. With that number of people at risk for cognitive impairment, early detection is critical. Currently, difficult and expensive testing for Alzheimer’s is performed only after symptoms of cognitive decline appear. When an OCT or OCTA is performed during a routine eye exam, changes to the retina could indicate the risk of cognitive decline while patients are still asymptomatic, making earlier intervention possible.

More research is needed, and Joslin researchers plan to conduct larger studies that include younger patients, those with type 2 diabetes, MRI images and donated postmortem brain tissue samples. They will be looking at commonalities such as blood glucose levels and damaged blood vessels, as well as why some patients don’t develop advanced eye disease or cognitive impairment. As with many other systemic diseases that can be detected during a routine eye exam, the eyes may be the open window to identifying the risk of loss of cognitive function.

Learn more about diabetic retinopathy and other age-related eye diseases with our CE, The Mature Contact Lens Patient, at 2020mag.com/ce. 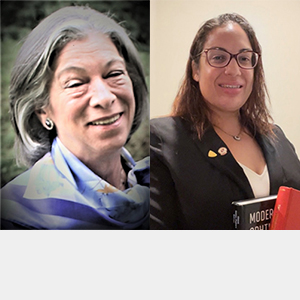 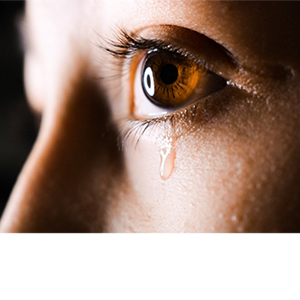