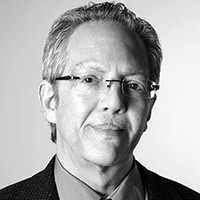 Remember Dean Martin’s big hit, “That’s Amore”? Who could forget a song that starts, “When the moon hits your eye like a big pizza pie, that’s amore.”

Dino was neither an astronomer nor a pizzaiolo, but he was clearly onto something when he made the moon-eye connection in the early 1950s. It turns out that lenses and lens makers have played an integral role in moon exploration. On the 50th anniversary of the first moon landing, two different optical brands are celebrating their contributions to the historic Apollo space missions.

One of these brands is Carl Zeiss, which hosted a party this year at Vision Expo in New York with the theme “Moon Light Rock-it,” a reference to the pivotal role Zeiss camera lenses, often in conjunction with Hasselblad cameras, played in space exploration. The event’s star attraction was Apollo 16 astronaut Charlie Duke, who regaled guests with stories of his moonwalk and his experiences helping manage other Apollo flights at NASA’s mission control.

The other brand, Revo, is participating as a gold sponsor of the 50th anniversary of the Apollo lunar landing. The company is honoring Revo’s NASA technology roots and their iconic partnership with astronaut Pete Conrad. Conrad, the third man to walk on the moon during Apollo 12’s mission, was also Revo’s first brand ambassador in 1988. Revo is launching a limited-edition “Moonwalker Zero” sunglass and ad campaign incorporating social media influencers to broaden the Revo brand’s unique sunglass story to consumers.

At least one company is looking to bring optical technology beyond the moon. Last year, Web Vision Technologies launched a new project, in conjunction with the National Aeronautical Space Administration (NASA) to develop an all-in-one diagnostic device that can be deployed on a spacecraft to do comprehensive vision testing, evaluation and to guide medical interventions of astronauts experiencing vision problems on future long-duration deep space missions. The project, known as “Vision for Mars,” has received grant funding for phase one from the Translational Research Institute for Space Health (TRISH), a NASA-funded organization.

First Earth, then the moon and next Mars. It just goes to show that the potential of optical technology, whether on earth or in space, is limitless.