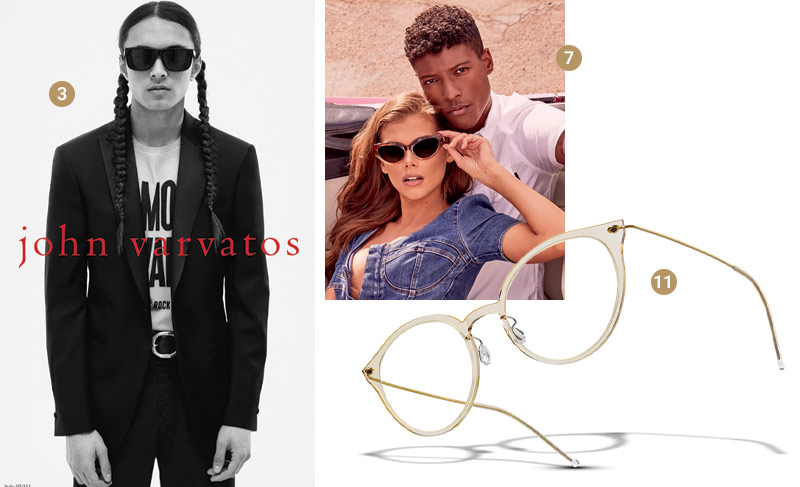 1  THELIOS and Fendi have announced their exclusive partnership for the design, development, production and distribution of the maison’s eyewear category.

4  BARTON PERREIRA has announced the promotion of two new roles within the company with Tricia Valbuena appointed to vice president of sales and marketing, and Joe D’Orazio named the national sales manager.

6  RANDOLPH ENGINEERING's Concorde teardrop aviators were recently gifted by President Joe Biden to world leaders during the G7 Summit in Geneva. The company has been manufacturing aviator sunglasses to the U.S. military since 1978.

7  MARCOLIN and GUESS have announced the early renewal of their exclusive licensing agreement for the design, production and worldwide distribution of GUESS and Marciano sunglasses and eyeglasses.

8  SAFILO is building on its 20 year partnership with specialty chemicals leader Evonik to use their newest high-quality material TROGAMID myCX eCO for premium sun lenses, debuting in the BOSS spring/summer 2022 collection.

9  ETNIA BARCELONA has acquired Catalan eyewear brand Lool Eyewear, which is built around technology and lightness.

10  GARRETT LEIGHT CALIFORNIA OPTICAL has hired Barney Waters as its new president to lead the next stage of its global expansion. Waters joins the brand from K-Swiss, where he has served as president since 2016.

11  KERING EYEWEAR and the Lindberg family have signed an agreement for Kering Eyewear to acquire 100 percent of the share capital of the Danish luxury eyewear brand LINDBERG.