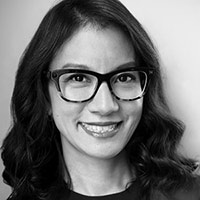 We’re no strangers to celebrities on our cover but this month is a big one for 20/20. Before I get into it, I’d like to clear up a common misconception. We don’t ever sell our covers (nor do we pay for photos) so no matter who appears on it, whether it’s an actor, musician, athlete or designer, it’s purely editorial chosen by us. It usually begins as a partnership between the eyewear brand and the celebrity subject who is “facing” the brand, and we’re given the exclusive opportunity to feature this person along with an interview.

This month’s cover face is a partnership as well but the nature of it is much more unique. Ever since he discovered Dom Vetro eyewear, Alec Baldwin became an instant supporter, striking up a friendship with founder Ashley Bezamat. Baldwin fell in love with the handcrafted quality and personal customization of the frames—so much that it was HE who initiated the collaboration with Bezamat. The wheels were set in motion for an interview and photo shoot in Los Angeles where Dom Vetro is based, and Bezamat designed The Rafael frame Baldwin wears on our cover. Traditionally it’s a 20/20 editor interviewing the cover subject, but EIC James Spina turned the tables by proposing the conversation happen exclusively between Bezamat and Baldwin. The end result? An intimate chat with Alec Baldwin interviewing his favorite eyewear designer Ashley Bezamat (“Alec & Ashley,” pp. 84-88). Before the thought starts creeping into your minds, let me make it clear that Baldwin was not paid to be the face of Dom Vetro. This is purely an organic partnership that evolved from an eyeglass wearer standing behind a great product and wanting to share it with the world. That eyeglass wearer happens to be an A-list actor, but by no means is he looking for personal gain. In fact, Baldwin insists on paying for every pair of frames that Bezamat makes for him. In today’s social media world where influencers and celebrities have dominated the marketing budgets of brands with paid product placements and expectations of freebies, it’s refreshing to witness a partnership in its most authentic form.

Back in June, I met Baldwin at the ACE Awards in NYC and chatted with him about his collaboration with Dom Vetro. I was deeply impressed by his enthusiasm and genuine admiration for Bezamat’s craft. I knew then he was destined to be the perfect cover story for our September Vision Expo issue. Speaking of Expo, there’s even more to be seen—head over to Dom Vetro’s booth in the Galleria to see the product for yourself, and don’t miss the Independent Eyewear panel hosted by our own James Spina, where Ashley Bezamat is set to be a first-time panelist along with a roster of highly respected eyewear designers and retailers.