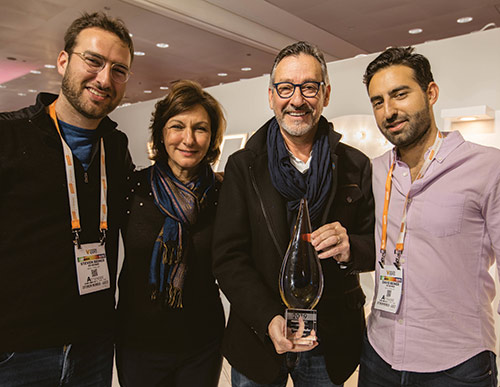 When I joined the Vision Expo team in 2016, my goal was to engage with as many independent optical retailers as possible. I quickly realized that the most effective way to do this was to get on the road and visit them in their space!

I packed my bags and hit the road for two weeks at a time, from New York to Toronto to Chicago to Los Angeles and everywhere in between. During my visits, I met some of the most creative and inspiring leaders in our community, and what I enjoyed the most is hearing their unique independent stories. From small boutiques to large scale with multi-storefronts, each retailer embodied their own values and prided themselves on unique customer service excellence.

I took each optometrist, optician and frame buyer’s story back to my team so we would continue to be inspired to present the best experience and value for independent retailers at Vision Expo. I then began to document my optical visits on social media, and the supportive responses from the industry were overwhelming. So in 2018, I created the “OPTImum Retail Award.” This award celebrates independent boutique retailers by showcasing their products, storefronts, visions and most importantly—their stories. 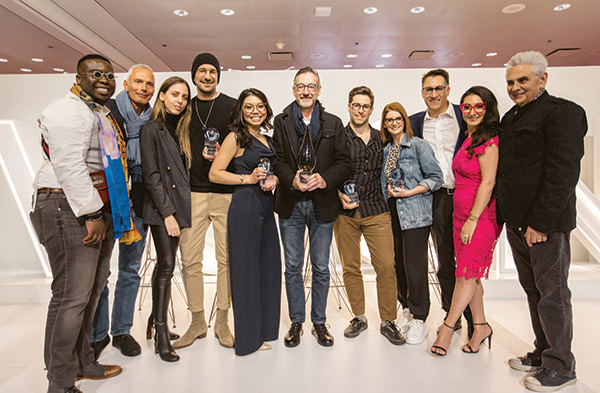 In 2018 when the award was started, many in the industry did not know what to make of it or realize its magnitude. We had an amazing group of finalists and a well-deserving winner (Todd Rogers Eyewear out of Andover, Mass.). However, there were many amazing optical shops I visited that year who did not submit. That definitely changed in 2019—we had over 54 submissions versus 18 in 2018. Submissions came from 34 cities in the U.S. and Canada, as well as nine different countries! Some of those countries included Lebanon, Italy, Jamaica, Sweden and many more, making this a truly international award.

The judges included some of the most well-known and highly respected leaders in our industry: Arian Fartash, OD, (@GlamOptometrist), Christian Roth (legendary eyewear designer and the first member of the CFDA in the Eyewear Division) and James Spina (20/20 Editor–in-Chief).

The judges had the difficult task of narrowing the submissions down to five finalists, which were: Art of Optiks (Minnesota); Black Optical (Dallas, OKC and Tulsa); Edward Beiner – Eyes Forward (Florida); Focus Optical (Houston); and le Lunetier Milano (Milan, Italy).

Christian Roth shared that “it was very inspiring reading about the achievements of the nominees and the amazing efforts they provide to make it possible to sell our eyewear to consumers. All the participating retailers were great. It was also refreshing to have an aura of independent fashion-forward retailers based outside the major metropolitan cities as well as around the world.”

The final scores not only consisted of the judges’ scores but also factored in social media votes. This allowed the optical community to be the fourth man at the judges’ table and give their input on which of these retailers inspired them the most. Just like last year, social media votes numbered into the thousands!

With social media scores factored in, this made the margin even slimmer, with only 0.3 percentage points separating the winner. At a live presentation at Vision Expo East during “The Freedom of Independence” panel, it was announced that the 2019 OPTImum Retailer of the Year was none other than Edward Beiner – Eyes Forward.

“We are honored and excited to receive this year’s OPTImum Retail Award!” says Edward Beiner, chief visionary officer of Edward Beiner – Eyes Forward. “Thank you to all who voted, to Vision Expo for this very special recognition, to everyone on our amazing team and hats off to each of the amazing finalists!”

There is a quote from Pierre de Coubertin that Christian Roth often uses: “The important is not to win, but to take part.” The entire Vision Expo team would like to thank all the independent retailers who submitted for the OPTImum Retail Award and shared their creativity and stories with us, the judges and the social media followers who took their time to review each participant’s story and make their selection. We encourage all independent retailers including those who submitted in 2019 to submit again in 2020.

A call to action for the OPTImum Retail Award 2020 will be announced on the Vision Expo website in January 2020.

Tarrence Lackran is the director of industry relations at Reed Exhibitions for the Vision Expo family of shows. Since becoming a part of the team in 2016, Tarrence works with Suzanne Krauss, OPTImum coordinator, to manage Vision Expo’s OPTImum program. Tarrence loves streetwear, music, traveling and sushi. Follow Tarrence’s OPTImum stories on Instagram at @theopticalpoet. 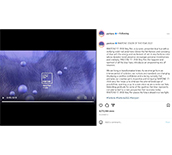