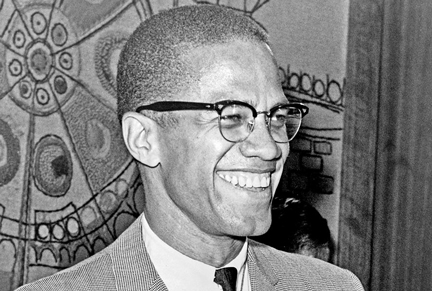 “Malcolm X,” a 1992 film about a historical revolutionary starring one of cinema’s greatest contemporary actors and directed by one of our unique auteurs, may seem like a unique choice of subject for an optical column, but in addition to being a stellar film, Malcolm X does something very few historical films manage—it gets glasses right.

It’s a somewhat well-known fact that the real Malcolm X was something of a clothes horse. For a man with no other apparent vices, he was incredibly image conscious and boasted a fashionable wardrobe for his many public appearances. And while the average viewer or audience member probably looked at his face and saw simply “glasses,” for those in the know, his optical choices were just as varied as the patterns of his ties and jackets. Indeed, he didn’t just like the American Optical Sirmont—the iconic frames that came to be so associated with him as to be called “Malcolm X glasses” in many online catalogs and shopping sites—he had intense brand loyalty. Reviewing photos of him over the years, he didn’t simply own a pair of Sirmonts, he owned several pairs; and while I don’t believe he ever addressed the topic, it appears that he coordinated the various colors and patterns of the brows to his outfits (he seems to have had an affinity for the woodgrain patterns popular in the 1950s). Malcolm X—the original poster boy for multiple-pair sales.

Which brings us back around to the movie, considering that 99 percent of people aren’t as obsessive about historical detail—particularly glasses—as we in the optical field; Spike Lee could’ve easily obtained a pair of browline frames, slapped them on Denzel Washington, and no one would’ve been the wiser. Instead, the pair went the extra distance. Owing to Washington’s depths of knowledge about the real man’s sartorial leanings—per Lee, he could recite from memory what suit he was wearing when he gave a particular speech—the pair actually made an effort to reflect Malcolm X’s eyewear fixation. Throughout the film, Washington changes his frames multiple times, not only reflecting the passage of time but X’s habit of switching up colors. Beginning with a pair of prison-issued wire-rim glasses, Washington wears no fewer than four pairs of frames throughout the film. Lee even reflects a brief period earlier in Malcolm X’s life before he developed brand loyalty to American Optical, depicting him at one point in a pair of what appears to be Art Craft Optical Clubman frames. Throughout the remainder of the film, he alternates primarily between a solid ebony pair and a black-briar pair, though, having watched the movie only once, I’m sure a more thorough viewing would reveal even greater variation.

The result is not only a rare instance of precision historical accuracy in the depiction of eyewear, but a strangely human touch that brings the audience closer to its subject and drives home both the practical and sociological power of glasses—powers that even we take for granted on occasion. 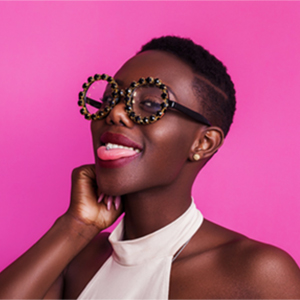 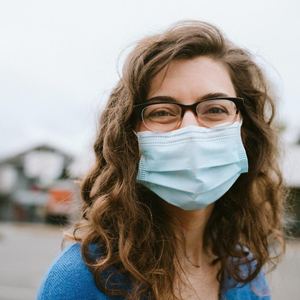 Eyes on the Future: Frames and Lenses in the Time of COVID