Ever attuned to that unique breed of independent eyewear entrepreneurs wearing both retailer and vendor crowns, 20/20 was quickly enamored by Alicia Hartman and her dual-sun-fueled Peoples from Barbados venture. Born into a family eyewear heritage, Alicia sizzled her dispensing skills for nearly a decade via her EyeQ shop. Set on creating sunwear, she teamed up with French eyewear designer Eric Jean, celebrating the 50th Anniversary of Barbados independence with her Peoples from Barbados collection in 2016. Crafted in Japan, she describes the eyewear as a blend of Bajan soul and Caribbean flair.

We could ramble on but it’s the photos of Alicia, her friends and her beloved Barbados telling a tale of inspirational eyewear and eye-wearers.

And here’s a final indication of kinship on a personal note: I initially came to know of this collection and Hartman via her nomination in last year’s OPTImum Awards at Expo East. The use of the term “Peoples” in the brand’s name clicked with me. In Queens, New York lingo my teens were dominated by that exact engaging plural when we’d huddle over something as profound as picking sides on a stickball matchup. “Listen Peoples… Here’s how we’re gonna do this!” So… Listen Peoples… here’s how Alicia does this. 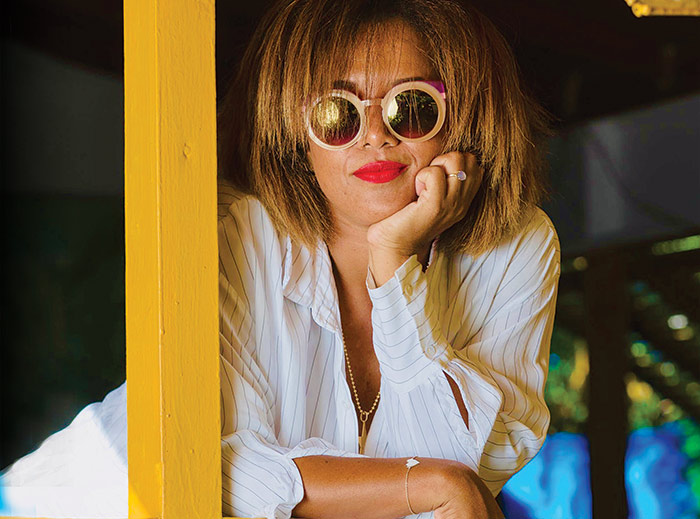 Alicia as photographed by Nigel Wallace in PFB style 03 C5 with HER trend setting: “The sunset tones of the acetate superbly blended. Coral and purple just whoah! The lens features bespoke gradient flash tints and a surprise sunset in the back surface too! Glamorous elegance and the richness of a high-end colorful front.” 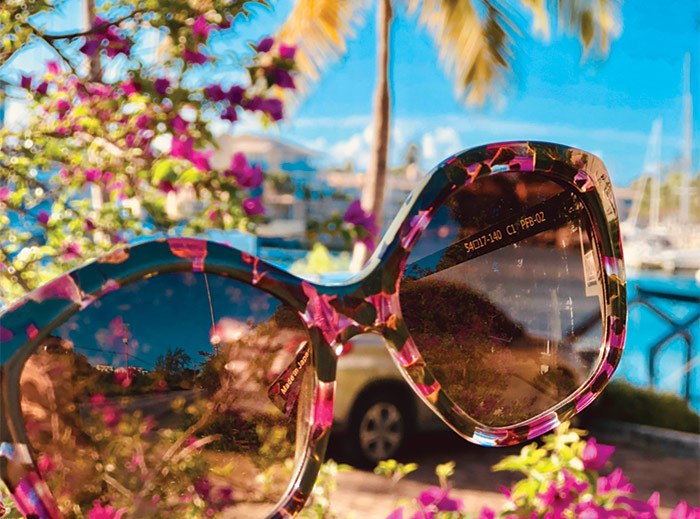 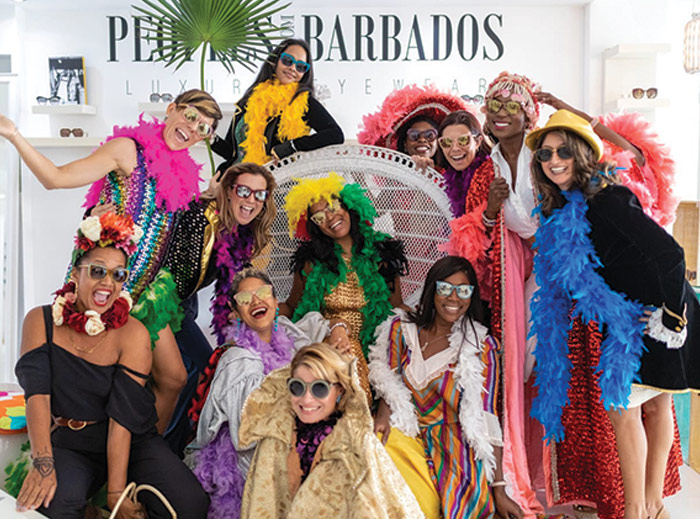 Here’s Alicia’s take on a day at work celebrating Independence Day: “Just another day at your friendly optician’s in Barbados—all wearing PFB suns.” 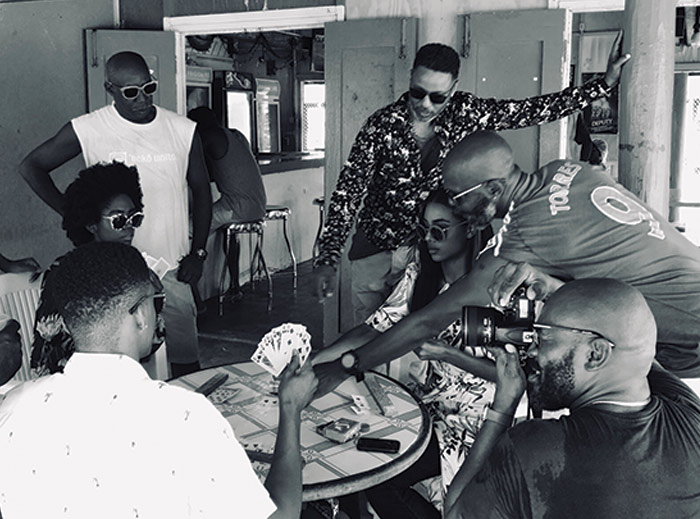 Here’s Alicia’s take on a card game celebrating Independence Day: “When your photographer is actually your dental surgeon Adrian Richards. Your models are law students and your stylist is just kicking it with the guys playing cards at Lexie’s. The guys in PFB MEN, classic square double bar aviators. Sherice in PFB style 02 C2, a unique diamond-shaped front in chocolate chip color. It features a screwless hinge design and minimalist stainless steel temples with matching end tips. Leesa in our PFB style 03 C1, an edgy round shape that’s high fashion. The PFB style Bajan ICON, an olive and tortoise lamination, superbly blended and beveled exquisitely. Look for the surprise!” 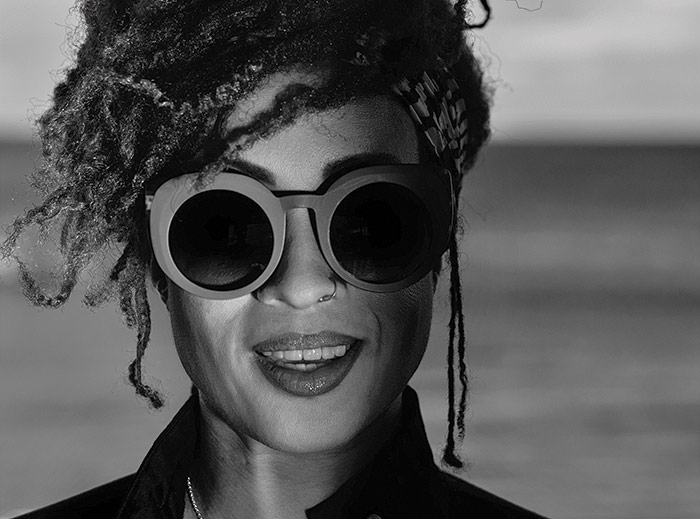 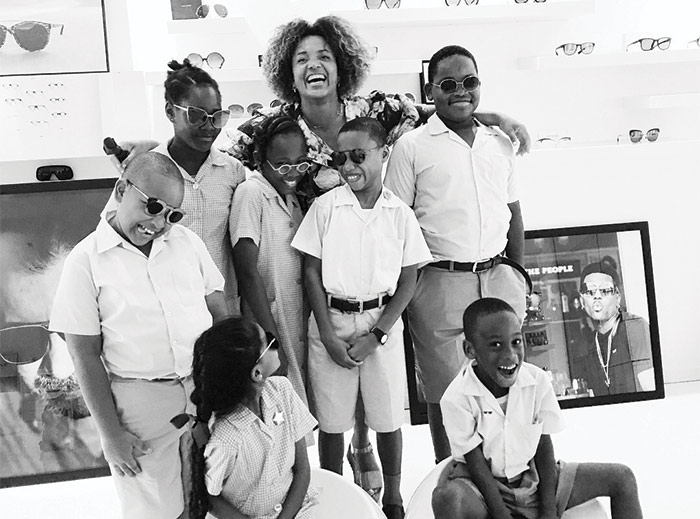 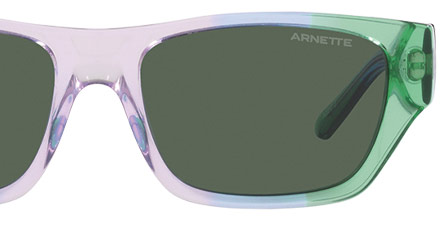 Frame of the Month 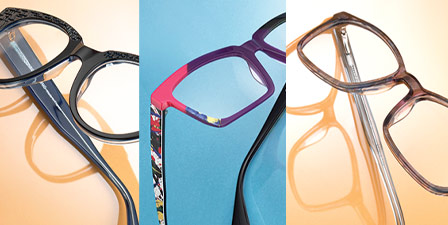 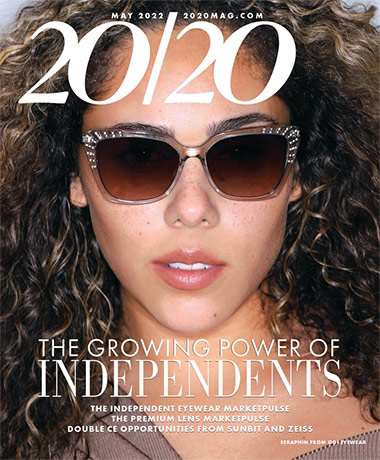 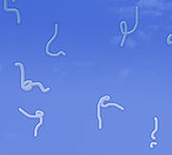