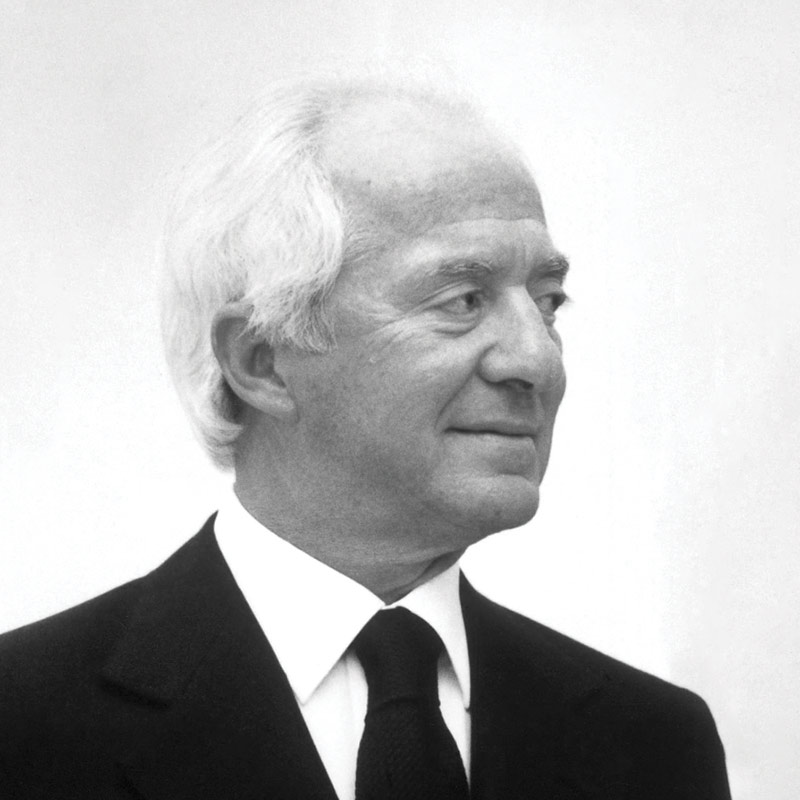 Anecdotes in life often cycle though what is cast as professional to what is treasured as personal. Consider these anecdotal recollections as we acknowledge the passing of Leonardo Del Vecchio.

I met Del Vecchio only a handful of times in my capacity as Editor-in-Chief of 20/20, but two incidents stand out with impact. Both occurred in Italy, one at the MIDO optical trade fair in Milan and the other at the main Luxottica factory in Agordo in the Italian Dolomites north of Venice. Considering my rather good sense of recall, it is odd that I can’t remember which instance came first.

I’ll start at MIDO in 1999. Luxottica had just acquired the Ray-Ban brand from Bausch & Lomb. A brief face-to-face appointment with Del Vecchio had been set up for Vision Monday’s Marge Axelrad and me at the Luxottica booth. A translator was present, and although the setup was exclusive to VM and 20/20, it was not within a private meeting room, but instead at a small table open to the whole (and very busy) show floor. Marge asked most of the important questions with all the answers going through a rather studied translation process. Del Vecchio looked straight at Marge as the translator delivered each elaborate answer.

With far less experience in this sort of important news gathering, I recall thinking to myself that considerable emphasis on the structure of such a brand takeover by an optical company usually involved both immediate and future considerations of a company’s sales force as it tied to actual retail sales. With that in mind, I blurted out my question during a slight lull. And I did it in English looking directly at Leonardo. “Who will sell Ray-Ban?”

Without waiting for the translator and knowing full well the power of his answer, Del Vecchio looked directly at me and delivered his one-word reply: “Me.”

Over elaborating on that by me would likely fray the force of such a declaration. During my short tenure in the optical arena, I’d watched the brand flounder. But in a complete counter to that status sinking, I soon observed the venerated American brand fuel up and flourish beyond all expectations as it became an integral part of the expansive Luxottica stable of offerings. Yes. Leonardo Del Vecchio did indeed deliver on his answer.

The next Del Vecchio incident has a few more layers than just a one syllable reply. For that we journey to his home turf in the small town of Agordo, north of Venice in the Dolomite Mountains. Here, I had my first encounter with eyewear production at what was then the main Luxottica factory and headquarters. It was here the industry giant began his trade, first as an independent machinist, supplying eyewear parts to other eyewear manufacturers in the area. Suffice to say, the facility I visited was huge. I witnessed metal temples being plated, polishing tumblers, giant CAD-design computer stations, an enormous cafeteria, bustling corporate work offices and a sprawling parking lot with what seemed to be a sort of combination ski chalet/hunting lodge/home right in its midst.

I had already taken numerous photos within the facility (including Leonardo and members of his family having lunch at a table in the terrific cafe), but I jumped at the chance to record large groups of employees leaving the facility through the main entrance en route to lines of corporate buses that would take them to their homes in towns in the surrounding Cadore mountainside.

Oddly, the throngs of smiling faces reminded me of crowds leaving Shea Stadium after a Mets victory. It was a satisfied jubilation of sorts.

As the crowds flocked to the buses, I glanced toward the parking lot and noticed a solitary figure standing on a balcony of the house I noted earlier.

My camera had a telephoto lens, so I zoomed in for better details.

It was Leonardo Del Vecchio… watching and smiling with his arms crossed. His Luxottica “family” was heading home for the night, job well done. I’m positive he saw me standing there staring at him through my camera. He raised his hand slightly and did a bit of a backward wave.

You’ve seen enough. Now… move along. Get some rest. Tomorrow we can start again, doing this eyewear making thing we do.

Sure. You could say I’m putting words into his mouth, but that’s the vibe I felt, and I’m sticking to it.
This man impacted all of us. I will always be in awe of him.