Researchers have developed Staphylococcus hominis A9, skin bacteria normally harmless to most people, into a bacteriotherapy that may help patients with atopic dermatitis (AD), recent research has suggested.

The results of the phase 1 trial, published in Nature Medicine, indicate a topical version of Staphylococcus hominis A9 (ShA9) is safe for use in humans and may offer some potential benefit for patients with AD, according to Richard Gallo, MD, PhD, Ima Gigli Distinguished Professor of Dermatology and chair of the Department of Dermatology at UC San Diego School of Medicine, and colleagues.

“The main question we wanted to answer was if this was safe. This was a safety study,” Dr. Gallo stated in a press release. “We found exactly what we hoped to find. The eczema of participants who received the bacterial treatment improved and there were no adverse events.” 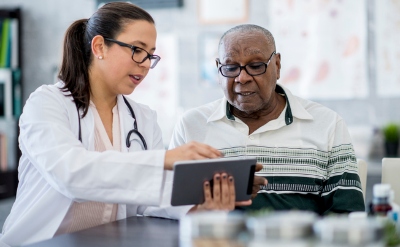 The researchers then tested a topical version of ShA9 against vehicle in 54 adults with AD who were also positive for S. aureus. While the results showed no significant differences in AD severity as a primary endpoint when patients received ShA9, increased ShA9 DNA was identified and a significant decrease in S. aureus were seen as secondary endpoints.

“Some S. aureus strains on participants were not directly killed by ShA9, but expression of mRNA for psmα was inhibited in all strains,” the researchers wrote in their study. “Improvement in local eczema severity was suggested by post-hoc analysis of participants with S. aureus directly killed by ShA9. These observations demonstrate the safety and potential benefits of bacteriotherapy for AD.”

“This research is a unique approach to targeting the harmful Staphylococcal aureus on atopic dermatitis skin with beneficial bacteria,” Donald Leung, MD, coauthor and allergist and immunologist at National Jewish Health, said in the press release. “It’s our hope this will help patients with eczema rid their skin of the harmful bacteria causing the inflammation. Future studies will determine if this new cream can be used for long periods of time to reduce the severity of eczema and improve the patient’s quality of life.”