In my last article, I talked about the phenomenon of individuals in a particular business (in this case, opticianry) relying on statistical analyses, market research, and personal experience opinion to form an opinion about patient wants and needs. It wasn’t as analytical as I make it sound. Instead, I touched on the idea of opticians conducting market research of their own—asking their very own patients about their wants, needs, and desires when choosing a pair of glasses. It’s very easy, after all, to make assumptions about our patients—what they want, need, and why they make the choices they do—but it’s also just as easy to ask them themselves why they make these choices. In the spirit of taking my own advice, I decided to do some research of my own, and talk to a real-life eyeglasses wearer about what makes her tick. 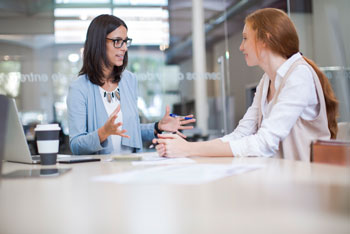 In many ways, Tiffani Hall is a walking cross-section of the ideal optical consumer. A high school teacher in her thirties, she’s middle-class, educated, and has been wearing prescription glasses since high school. An avowed frames aficionado, she believes firmly in owning multiple pairs, and has no interest in making the switch to contacts. “I tried contacts but they just didn’t work for me,” she says. “I didn’t like the idea of putting anything in my eye. Glasses have always fit my persona a lot better and so I’ve always stayed with glasses. Also, my mom is an educator and so we were always able to get another pair every year, so I got used to wearing glasses. Plus, contacts are an extra cost. So glasses have been a part of my life for twenty-plus years now.”

In those twenty-plus years, Ms. Hall has amassed a nice eyewear collection, which currently totals over thirty pairs and is still climbing. What does she look for in a pair of frames? “First of all, what’s me? What’s in line with what my personal style is. For me, I stick to Cateye glasses, Wayfarers, and sometimes like an octagon look… I think that I’ve done enough trial-and-error to know what suits me, and I look for the things that practically fit my budget, my face… I don’t do outrageous. I want to keep my glasses over a long period of time, so I don’t do colors that are very trendy.” Indeed, some of Ms. Hall’s frames are several years old, and, as she has a relatively average single-vision RX that’s remained fairly stable, she’s still able to switch them out on a regular basis. 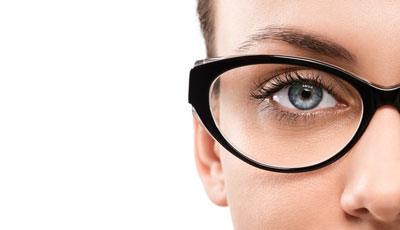 However, Ms. Hall’s comment about cost in regards to contacts is telling, and it’s when this subject is broached that our conversation becomes most revealing about how modern consumers view—and approach—eyewear purchases. Four years ago, she says, “A coworker of mine told me about Zenni Optical. She has more glasses than I do. She would have a pair to match every single outfit that she has. I’m not a person who likes shopping. I’m a very classic dresser, and online shopping suits me so much better than outdoor shopping. So she told me about [online] optical, and I just instantly became hooked. And one time I had a lot of flex money left over, and I was going to lose it. And I thought “I can just use it to buy my glasses,” but I had over $100 left over, and the glasses are as little as 6.99, 4.99, so I was able to get a large amount of glasses for one shipping fee, at a very reasonable price. I stay pretty close to classic, but I love the fact that they make such a beautiful statement.”

“Cost is very much a deciding factor,” Ms. Hall says, a sentiment that accurately reflects the opinions of several of her friends and coworkers. Indeed, aside from convenience, she tells me; it’s the single biggest factor in making her optical purchasing decisions. “I had eye insurance. Since shopping online I’ve cancelled my eye insurance and simply use my flex dollars to get my eye exam. I went from paying $200 for one pair to paying $200 for twenty pair. Totally different.” 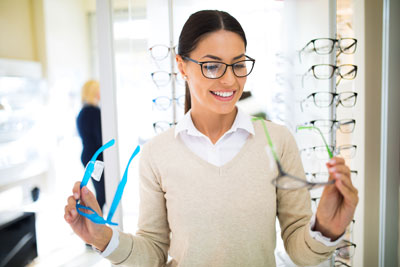 It’s a profound statement. For some time, major offensive in optical sales has been educating the consumer on the importance and value of eyewear—I’ve had the conversation with patients many times myself. Talking to Ms. Hall, however, it seemed as if perhaps the approach was incomplete. She—and her contemporaries—know the value of eyewear very much—as a visual aid, a medical device, to protect against UV and glare; the difference is the dollar value. (Of further note is that none of the glasses that Ms. Hall has added to her collection over the past four years are branded—telling in a world in which designer eyewear has come to dominate frame boards and dispensaries.)

Ms. Hall has only been adding to her collection from online for four years now; is there anything, I asked her, which would make her consider returning to brick and mortar optical? She had, after all, been purchasing from optical shops until very recently, and her aesthetics and purchasing habits would make her an ideal patient for any optician.

Is Ms. Hall’s view reflective of all optical patients? Of course not—no one’s is. As I said, though, Ms. Hall herself is representative of a particular target demographic. It was a revealing conversation, though, and one I’m glad I had. Knowing what patients want out of a pair of glasses is valuable, but, so is knowing what they think about the optical world in general. A similar conversation with your own patients may prove to be just as revelatory, and spark new ideas about selling and catering to their needs that you’d never considered before. Or it may just be very boring. But you’ve gotta try to find out. 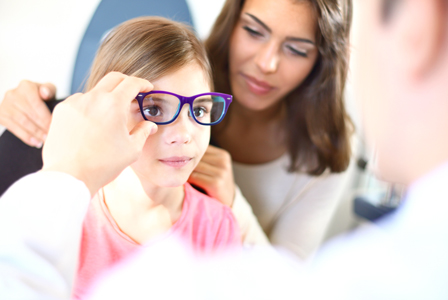