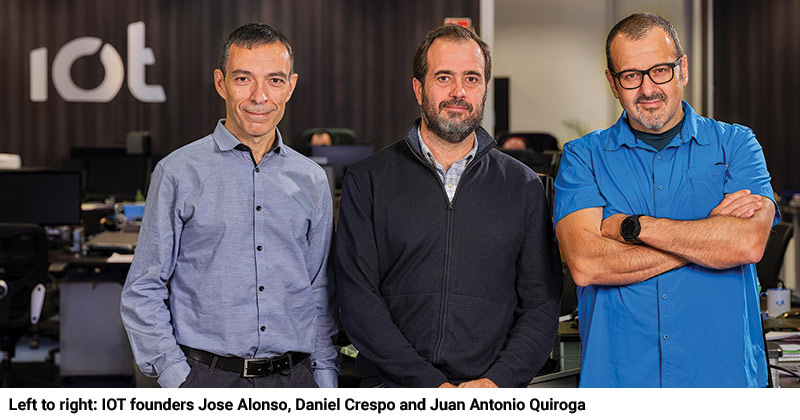 I was honored to be invited to IOT’s headquarters in Madrid as part of their “Get to Know IOT” campaign. Visiting this pioneering company in free-form lens technology was special for me. As the Director of Education for 20/20, I spend most of my time solo, reading, writing and reviewing educational content for our Pro to Pro section. One of the topics I write on frequently is free-form lens technology. IOT has been my most valuable resource when I need the complexities of free-form lenses explained.

One of the highlights of my visit was a tour of the research facilities, where I had a rare view of underway projects. My tour guides Jose Alonso and Juan A. Quiroga are IOT co-founders. Both are professors of physics and optics at the University de Complutense Madrid. Impressively, they are co-authors of the book Modern Ophthalmic Optics. It felt special to tour the research facilities at the university where kismet happened. This same university is where IOT’s CEO Daniel Crespo received his Ph.D. in applied optics and met Jose and Juan. I asked Jose and Juan what sparked the idea for them to launch IOT with Daniel. They described how the three men spoke of doing something together one day in the university cafeteria. Jose recently learned of new free-form lens software and generators that made custom lens design and manufacturing possible. So, he proposed they form a company to develop software to create and produce their own custom free-form lens designs. In 2005, they founded IOT, and three years later, IOT Freeform Designer® was launched. Fast forward to 2022, where IOT technologies and calculations use the lens design software (LDS) IOT Freeform Designer powerful algorithms to calculate lenses in seconds, adapting them to the individual data of each wearer. It performs the calculations on the lab’s computers, avoiding using remote systems that could slow down lens calculation. Hence, IOT Freeform Designer is a more efficient solution capable of performing lab functions in near real time. In addition, its calculations generate all the files needed to create the complex surfaces manufactured in the lab. 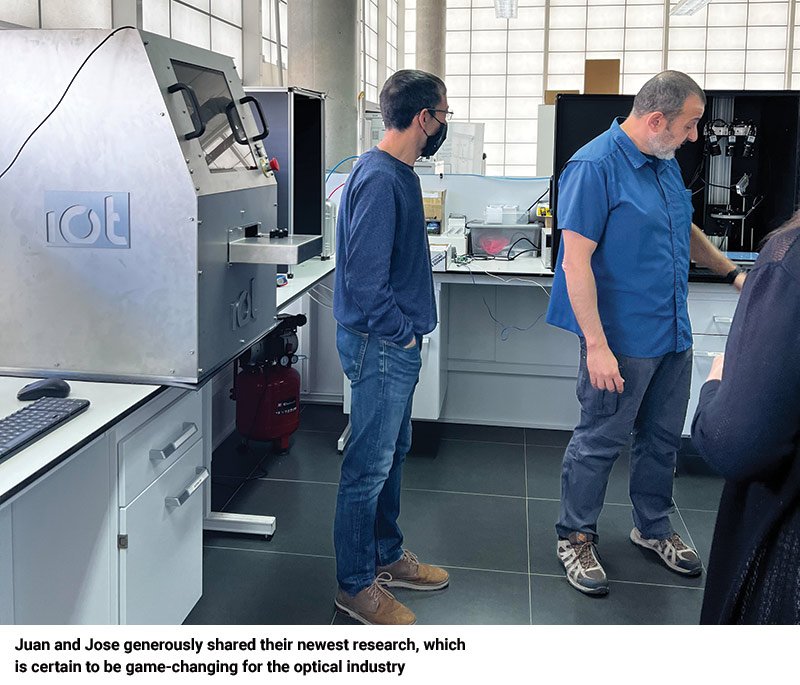 I was as fascinated by the human story behind IOT as the technology, so I dug a bit to find out what makes these scientific minds tick. When I asked, “What drives you—why are you doing the things you’re doing?” Jose’s response was, “We do this because it’s fun. Addressing challenges is fun.” Juan spoke of the Daniel who was described as a brilliant student and researcher from the early days and who is now CEO of IOT. According to Juan, “Daniel is not your typical CEO. He always wants to know why something is working.” Touring the research facility at the university, Jose says, “Everything is optics,” and Juan says, “The big difference here, math is math, marketing is marketing, it’s the spirit and how we see the big picture; that’s different at IOT.” The research centers of IOT are “Think-Tanks,” where information is exchanged with other R&D labs and universities to move the field of optics forward. They are pioneers and inventors, and I believe they will take the field of optics further than any of us imagined.

I also met with Eva Chamorro, director of clinical research, who also gave us a tour of her clinical facility and described the protocol and strict scientific rigor of their clinical trials program. She emphasized IOT’s commitment to proving that designs work in the real world, not just in theory and took us through each step in the clinical trials. I discovered that over 50 percent of IOT employees work in research and development or technical roles. This is important because as they put it, “Innovation is part of our DNA, of everything we do. We are building the future of ophthalmic lenses.”

I witnessed a theme of commitment and innovation running through the company, from Belen, the head of marketing and her team, to general manager Carolina Gago and Eva Chamorro. I saw Carolina’s and Eva’s names listed along with Daniel’s, Jose’s and Juan’s on the many IOT peer-reviewed research papers I read to prepare for the “IOT Free-Form Insights” articles featured in 20/20’s Pro to Pro, so meeting them in person was special.

Finally, I want to say that those with brilliant minds do not always exhibit the humility, wit and charm I witnessed from everyone at IOT. All were delightful, and I am happy I had the opportunity to meet them. 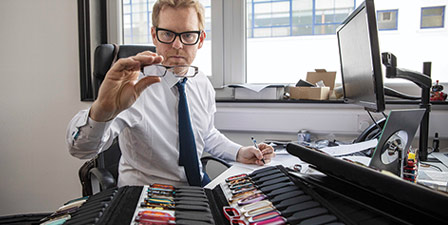 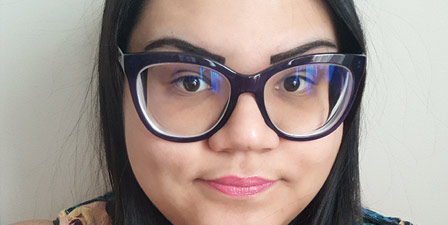