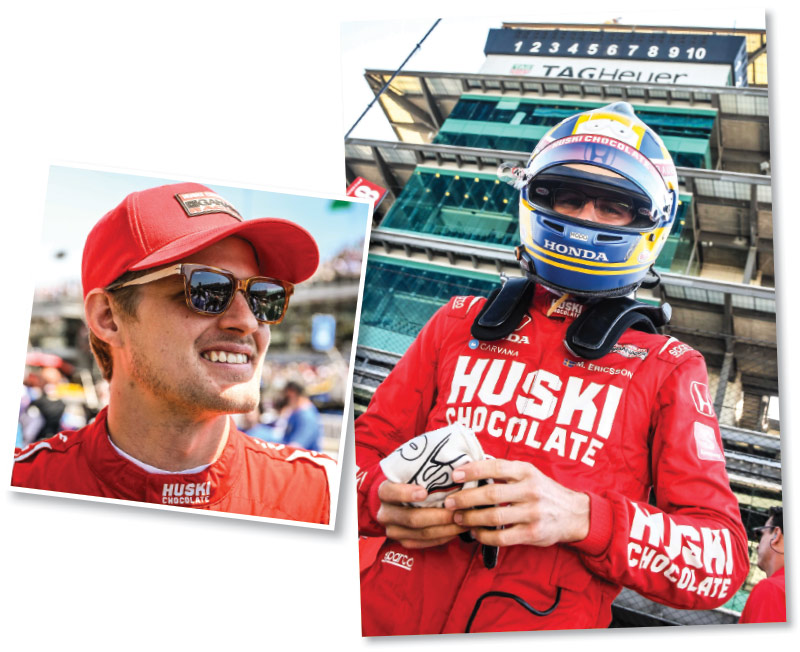 There wasn’t a supreme amount of pre-race Indy 500 victory chatter about driver Marcus Ericsson but considering his powerful second row qualifying position, the potential was all there. With a relatively impressive Formula One background and a dominating presence in the current Indy Car Series, Ericsson might have been slightly stealth in pre-race recognition but potential for a win was totally in sight.

And… speaking of “sight,” Ericsson depends on his even when racing via custom made Block Titanium eyeglasses from MODO worn under a helmet proudly emblazoned with the MODO logo. So, when a dramatic restart on the final laps of Indy went into a full racer’s edge of close competition, Marcus was intent on being the first viewing that checkered victory flag as clear as possible.

I had spied the MODO logo on his helmet during driver introductions in pre-race festivities. And as Ericsson wheeled into Indy 500 victory lane, it was clear he was wearing his specs under his helmet, visible even through his race visor. Since I’m addicted to every qualifying, racing and post-race second of Indy, I was well aware he also constantly wears an ever-so-cool pair of MODO’s Paper-Thin Acetate Sun 473 glasses. As MODO CEO Alessandro Lanaro notes, “MODO has been a proud sponsor of Marcus Ericsson for a number of years. Both MODO and his team are firm believers in innovation, and we continue to push ourselves to be better each season.”

As I chatted later with legendary motor- sport photographer Ed Justice Jr., he also noted seeing the MODO logo and glasses, and wondered about the company. I filled Justice in on the brand and added he might well like the minimal and stylish approach of all MODO specs. His response: “I will certainly check them out.” Mission accomplished with Ericsson’s big win and well positioned MODO sponsorship likely making the exact intended impression. Looks like motorsport now has a respected bit of MODOsport ever ready to race. 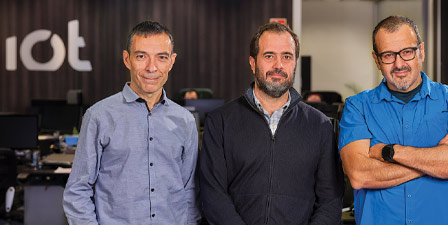 A Visit with the Visionaries of IOT 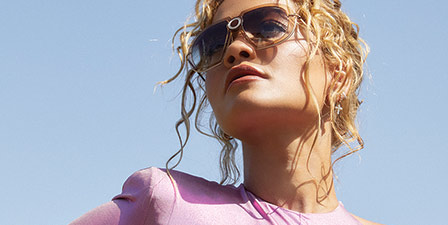