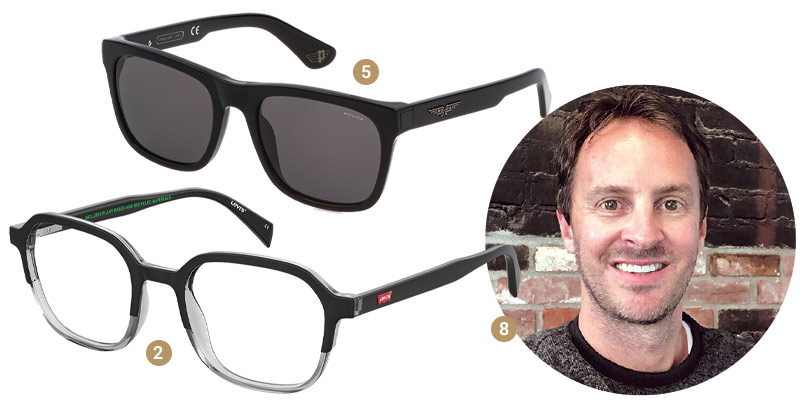 2  SAFILO GROUP has announced the introduction of Eastman Tenite Renew in its sunglass and prescription collections. Through this commitment, Safilo becomes the first player in the market to use all Eastman Renew materials for eyewear in its portfolio, across all types of applications and production processes.

5  DE RIGO REM has announced that its Police brand is returning to the big screen in collaboration with Sony Pictures for the new film “Bullet Train.” Simultaneously, Police will launch a POLICE EYEWEAR X BULLET TRAIN campaign.

6  THE VISION COUNCIL is expanding the Opening Your Eyes: The Vision Council Scholarship Fund to seven additional institutions within the National Federation of Opticianry Schools (NFOS).

7  CAZAL EYEWEAR has announced key modifications in the U.S. market to keep up with strong global demand and expected growth in North America by expanding the breadth of new products sold in the U.S., with a special emphasis on women’s sunglasses.

8  SMITH has appointed Scott Randall to the role of global vice president of product.

9  SAFILO GROUP has joined The Fashion Pact, a global coalition of companies in the fashion and textile industry including their suppliers and distributors, all committed to a common core of key environmental goals including stopping global warming, restoring biodiversity and protecting the oceans.