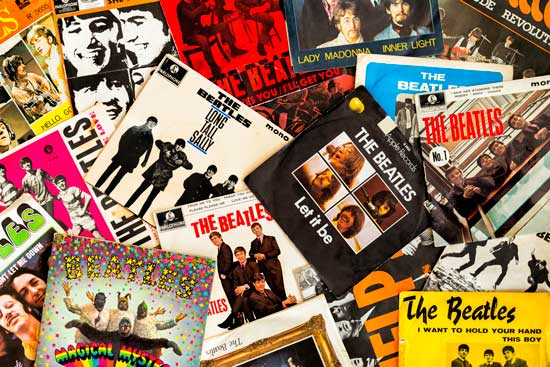 Last year, I took a job at a branch lab of a nationally known lens manufacturing company, working in a small, regional finishing lab built near my house. At the time, I felt I’d reached the highest level I could at the dispensary where I’d been working as an optician and optometric assistant since early 2012. I was ready for a new challenge, to move up in the optical world, gain more experience, and, I hoped, put myself to good use by working on one of the many charity initiatives the company told me they sponsored. Earlier this year, my wife, who’s worked as a high school teacher for the past three and a half years, unexpectedly received a job offer for a superintendent’s position in Dallas. The decision on what to do was a no brainer, and by the time you’re reading this, we’ll have relocated. This means a couple of things. One, you’ll hopefully be seeing more of me here at Optician’s Handbook, as I’m going to take the opportunity to try and return to the level of output I had this time last year. So, for all five of my diehard fans, you can rest easy knowing that you’ll be getting 1.5 times the dose of Preston. Two, I’ll be leaving my lab position. I recently completed work on a CE regarding lab work, which I hope anyone who’s interested will take advantage of once it becomes available through 20/20. In the meantime, I figured I’d take this opportunity to talk briefly about the transition from opticianry to lab work, and what I’ve learned along the way.

There’s a now-famous deleted scene from Pulp Fiction in which Uma Thurman’s character, Mia, asks Vincent Vega (John Travolta) whether he’s an Elvis person or a Beatles person. Knowing which cultural phenomenon he likes better, Mia says, will tell her more about Vince than any prolonged conversation. The idea is that each act attracts different personality traits and types; back in the 1960s, there was a similar, albeit more gendered question regarding whether men would rather date Ginger or Mary Ann from Gilligan’s Island. Having worked in a dispensary and a lab, I’m going to make what may or may not be a controversial statement and say that I think there are two optical personalities: Lab folks and dispensary folks.

As someone who went to school in a town where going to the post office every year was considered an exotic field trip, I found a lot of similarities between lab work and what I’ve seen of work at the post office. Every day, deliveries come in, and a fairly rigid set of procedures are followed in processing that work. I’d open all the boxes, receive frames, tray them up, pair them up with lenses in the event that lenses were prepared prior to the frames’ arrival, trace the frames, print a work ticket, verify the information on the work ticket, then pass the traced frames and completed lenses on to edging for them to edge and mount the glasses. After the lenses had been inspected, the completed jobs would come back to me, at which point I’d log them as having been inspected, process them out of the system, bag the frames up with receipts (and cleaning cloths!) and put them into the appropriate shipping bin. At the end of the day, I’d print shipping manifests, verify them, box up the frames, label the boxes, and prepare another shipping manifest for our delivery service. In between this I also acted as a customer service agent; but, other than the variance of taking phone calls, my work days have followed pretty much that precise series of procedures for the past year, with almost zero variables. It was a far cry from my work as an optician, where I saw different people every day, and every patient represented a unique challenge. This, I think, is the basic defining trait between lab folks and dispensary folks: A preference for repetition and routine versus novelty and spontaneity. My coworkers thrived on it; it sort of drove me insane. Initially I thought it was a matter of adaptation and getting used to a new environment, which, I suppose, it partially was; on the other hand, it was me working against a basic component of my personality as a writer, which is thriving on novelty and new experiences. My coworkers, meanwhile, thrived on the structure and routine; they were just as invigorated and at-home feeling doing the same series of tasks every day as I am not knowing what I’m going to face (it’s sort of the same dynamic between my wife and I’s musical preferences: her MP3 player has had about twenty songs on it for the past year. They’re her favorite twenty songs and she’s content to listen to them again and again. I go crazy if I hear the same song on the radio too many times in one day).

This, I think, is what makes a good dispensary person and a so-so lab person, and vice versa: A preference for either structure or chaos. (In support of my theory is the fact that, of my coworkers at the lab, those who openly expressed the most enjoyment of their jobs were the same ones who shuddered at the thought of dispensing and dealing with patients, and vice-versa). In fabricating eyewear, there are procedures and standards. A lens must be blocked before it can be edged. An axis must be within a particular tolerance dependent on the amount of cyl. Just like mathematics, lab work is governed by set rules and standards with little to no deviation (I’d be interested to know if individuals with an aptitude or affinity for math also tend to be lab folks, but that’s an article for another day). With dispensary work, there’s a lot more on-the-fly work involved. Every patient is unique, and every aspect of that patient has to go into considering the proper eyewear for him or her. Besides the actual prescription, there’s also the anatomy of the individuals’ head, their personality type, their skin tone, etc. It’s a much more psychological game than mathematical, and one which demands a particular degree of creative thought and on-the-fly extemporization.

I learned quite a bit over the past year. I learned about the differences between working for a corporation vs. a franchise vs. an independent practice; I learned about dealing with personality types I’ve never worked with before; I learned about hardcore politicking in the workplace. But, mainly, I learned that I’m definitely a dispensary person.