When it comes to free-form personalized lenses, we hear “Trust the Computer,” which we do, because our proof is in the patient’s response; they love them. Still, we want a rudimentary understanding of how free-form technology works. In this article, we will pull back the curtain and learn about the process behind IOT’s Digital Ray-Path® foundational free-form personalization technology. The upcoming Part 12 will delve into how Digital Ray-Path 2 builds on the classic theory of oblique power error minimization.

Free parameters: Free parameters describe the free-form surface. Free parameter starting values are calculated. For example, a free parameter starting value for a single vision lens would describe the toric surface needed to produce paraxial lens power. A lens-eye system’s computer model, including viewing distance per gaze direction, is generated from the free parameter starting values. This model is used next to compute the oblique (wearer-perceived) power through ray tracing or wavefront tracing. The oblique dioptric power error is the difference between oblique powers and the lens eye system model’s target values. The merit function establishes the weighted sum of the oblique dioptric power error for all gaze directions. “An optimization algorithm will look for the set of parameters describing the free-form surface that will make the merit function minimal.” (Dr. Jose Alonso, et al.)

It’s an iterative process, and with each iteration, the optimization algorithm computes new oblique powers closer to the target power. Errors are reduced to minimal but not eliminated. “The sequence of oblique powers will follow a path in dioptric space that will end close to the target power. The paths may differ from one gaze direction to another, and they may follow complex trajectories in dioptric space. The computation method just described is represented in FIG. 1. The merit function involves the four steps bordered by the dashed line. The blue connectors form the loop known as minimization algorithm.” (Dr. Jose Alonso, et al.) 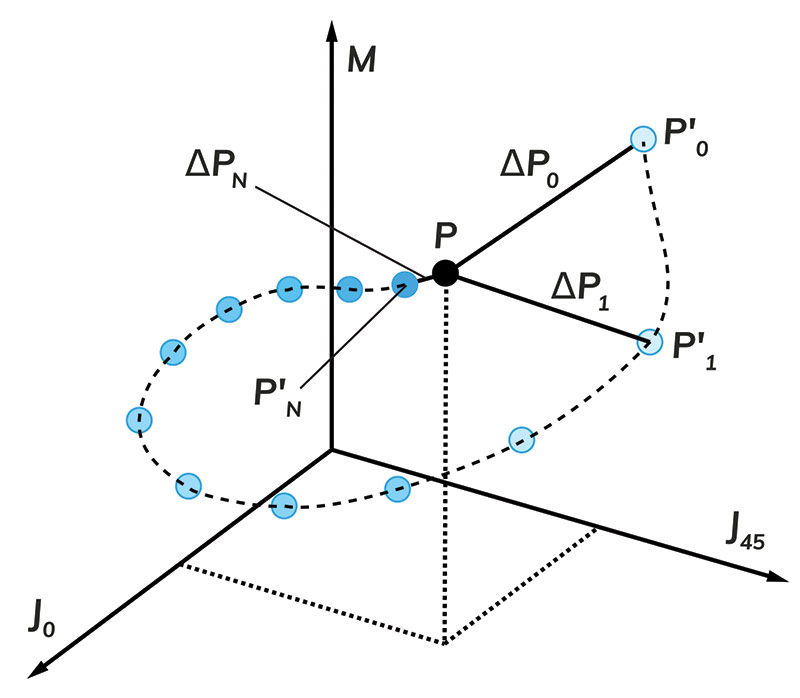