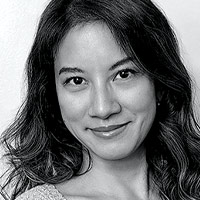 I took my first trip to Chicago last month, a city that, surprising to many, is one which I had yet to visit. When my favorite musician Butch Walker announced he was going on tour for the first time in four years, I jumped at the chance to see him play in a new (to me) city, and Chicago was on the list as a top choice. His tour always includes a stop in my home city of New York but as those close to me know, I take every chance I get to see him live, and along with my friends, we go to as many shows as we can on any given tour, even if it means flying somewhere else to do so.

I booked my flight and hotel, purchased my ticket to the concert and began to plan for my trip. Of course, I couldn’t visit the Windy City without seeing Nico Roseillier and my friends at Chicago-based Europa Eyewear and State Optical, so I made sure this was part of my itinerary. This is one of many aspects of my job that I love—being able to coordinate my travels with business and pleasure. 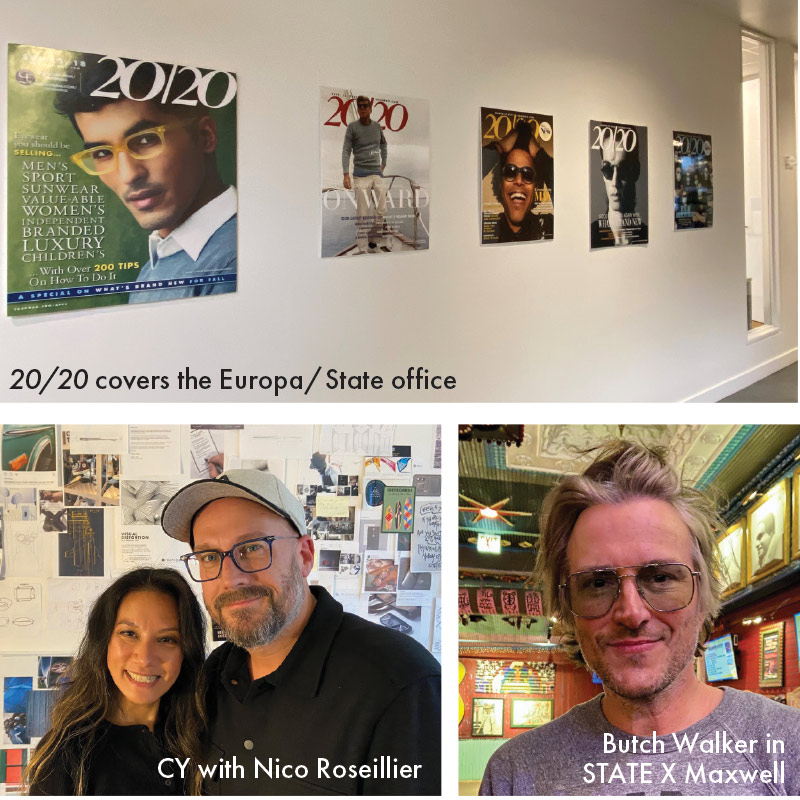 Upon arrival at Europa/State headquarters, I walked through their beautiful office, which was followed by an in-depth tour of the adjoining factory where their eyewear is manufactured. Along with Nico, marketing director Carolyn Zazra walked me through the expansive facility, stopping at every station involved in the creation of a frame and explaining each process in detail. From looking at sheet after sheet of raw acetate (I marveled with heart eyes at some of the new colors and patterns) to seeing the different tumbling techniques of both metal and acetate frame fronts, to the hand polishing of temples and even the insertion of the wire core, I was awe struck. As a 20/20 editor, I see and touch countless pairs of eyewear from multiple companies, whether it’s during our product reviews, at press appointments, tradeshows, etc., and read about how they are designed and made, but I never fully fathomed how many intricate steps are involved in the process of crafting them. I have a newfound appreciation for not only the product itself, but also for the skill and expertise of the people operating the machinery and handcrafting each piece. This is my first time visiting a fully operational eyewear factory, and it’s something I believe every individual in our industry needs to experience. What makes all of this even more special is the fact that State operates one of very few U.S.-based eyewear factories, giving their product that exclusive “made in America” edge.

Before leaving State headquarters, Nico picked out a frame for me to gift to Butch at his show. Butch loves eyewear, so with the help of fellow music buff EIC James Spina, I began the tradition of fitting him in frames that we thought would look great on him whenever I saw him on tour. This time around, the frame style was hand-picked by the designer himself—Nico chose the BLACK_SUMMERS’_NIGHT sunglass he designed in collaboration with R&B artist and 20/20 cover star Maxwell, the second style launched in the highly successful STATE X Maxwell partnership. We knew that not only would it look great on Butch, but also perfect since it was co-designed by a fellow Grammy-winning musician who also adores eyewear.

Fast forward to the night of the show at the House of Blues in Chicago. I had the opportunity to see Butch before sound check, and I presented the sunglass to him. When he removed them from the case, before putting them on, I watched him scrutinize it closely—if my intuition is correct, I can tell he immediately saw and felt the quality of it. He removed his own glasses and tried the new frame on, and even before he saw how it looked on him, I could tell by the expression on his face that they felt great on him as he exclaimed, “These are cool!” I explained to him that the frame was made right here in Chicago and that they were co-designed by my good friend Nico in collaboration with Maxwell, to which he replied, “I love Maxwell! Yes, I see him wearing these all the time.” After posing for some photos, he graciously thanked me and rushed off to prepare for the show. I beamed happily knowing that he loved the frame and that my mission of fitting him in eyewear was once again accomplished. But it doesn’t end there.

Four nights later at his show in my hometown NYC, Butch walked on stage wearing this frame when his opening act Aaron Lee Tasjan called him out to play a song with him. Um, what?! It took me a minute, but I couldn’t believe my eyes; there he was, wearing STATE X Maxwell, strumming his guitar and singing along. I might sound like a silly fan girl, but my worlds collided in the best of ways—my favorite musician wearing eyewear (on stage!) designed by two of my other favorite artists, Maxwell and Nico. I don’t really know what else can top this, but I think I died and went to eyewear heaven.

It was a short but sweet trip to Chicago, and yes, aside from all this eyewear excitement, I did manage to squeeze in some touristy activities and take in the beautiful sights of the city. I can safely say that my time there has truly endeared this city to me, and I look forward to visiting again. I might be a staunch New Yorker at heart, but I will be in a Chicago “State” of mind for a long time to come.